The Elite Members of Expendables PaintBall!

Without our members, we do not exist. 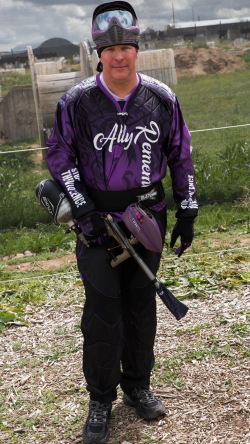 I started playing in 1989 after to moving to FL and being introduced to the sport by some new friends. After that I never looked back and once I moved back to Colorado in 1992, I found my way to Pro Star Sports to work in the industry I had fell in love with. That led to a long career working to teach startup field owners how to properly open and run a paintball field business along with our wholesale distribution of 100’s of paintball items. Pro Star Sports even won the first AAFES contract with their military stores and we began selling an entire retail based line of paintball products around the world.

During that time I began playing tournaments with the Yard Dogs in a number of Colorado events and as the national scene developed we made a few road trips. That ignited a new passion for the game and I eventually built Team Surge. We progressed through the years from woods ball events and where there as the Hyperball and air bunker fields began to develop. Which became the tournament scene staple and still resides today.

Team Surge continued to gain success and won the 1999 Zap Masters with a 2nd place finish in 2000. We went on to play events such as Sky Ball and various NPPL events around the country. I even traveled to Malaysia to assist Team Banditos during the first PALS tournament which was quite an honor to attend. Yet after all that, I still never lost focus on the recreational part as D-Day in Oklahoma and Sherwood Forest where other favorite places to visit.

Years later, after the loss of a good friend and teammate Rex Lilley, whom I’d also started an indoor field with, I stopped playing. Looking back that was a mistake as I know now. Unfortunately it was the murder of my daughter Ally that sparked a return to the game from co-workers begging me to go play shortly after. Now I consider this a gift from Ally as without her murder, I may never have played again.

I did take them up on their offer to come out as they had gone above and beyond hosting a charity game. The passion returned during that game and here we are today. A new team with a mission, not to go hit the tournament circuit however. The Expendables was born from friendships and selfless individuals who have the same desire I do. A desire to promote domestic violence awareness, honor Ally while doing it and continue her passion for helping others. A passion that led to her passing that we’ll continue to use as a driving force.

Look for the team to be out raising awareness, supporting the new players and promoting the sport at a field near you! 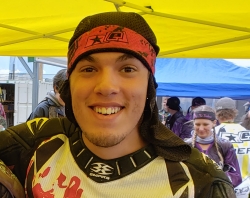 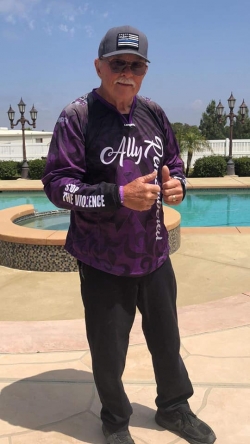 He didn't start out in the paintball world at all, but in a world where things move and things move fast. Bud Orr began with a passion for racing. He had an appetite for “anything with wheels or anything that floats.” It was in the racing arena, that Orr began to tinker with machines and make these large hunks of metal into things that worked and worked well. In time, this passion was carried over to the world of paintball and he gives the credit all to his daughter.

Orr’s daughter first made a trip out to a paintball field with her co-workers who played the sport. She went back home, knowing her dad would love it. “She knows I am into stuff with a lot of adrenaline,” Orr confirmed. From that point further, Orr began to combine his inventive nature with what he saw as a tremendous potential for paintball.


In 1986, Worr Games Products, Inc. (WGP) came into existence and has transformed into one of the top paintball manufacturers. Initially working to modify markers, Orr began to build his own designs. In 1987, Orr built the first sniper with an interchangeable barrel. In 1989 he moved to the pneumatic system and the famed Autococker was born.
The WGP Autococker today has the same bolt and the same basic design as it did back in 1989. According to Orr, “It is the oldest factory competition marker.” Different models have, of course, been developed, since then. One of the most recent models being the WGP Orracle.

Besides the pneumatic world, Orr has been involved and spearheaded many other great inventions for the sport. Much of his efforts have been focused on the safety aspect of paintball. “Safety has been more first and only child. I am trying to get the sport to stay around awhile,” Orr proclaimed.

Ever wonder where some of your field rules came from? Bud Orr developed many of them, including the 300 feet per second (fps) velocity standard, the first barrel plug, wrote the filling procedures for CO2 and invented the first on/off valve for CO2. Along with Russell Maynard, Orr thought up and built the first ammo box. He also played a part in helping to dream up speedball, along with much more that has brought paintball to where it is today.

Putting safety on the forefront, Orr advises players to do the same. “Put safety and sportsmanship before winning,” stressed Orr, “Winning is a talent and it requires working as a team. It’s not necessarily the marker, but learning to play together as a team. This will give you the best edge.” 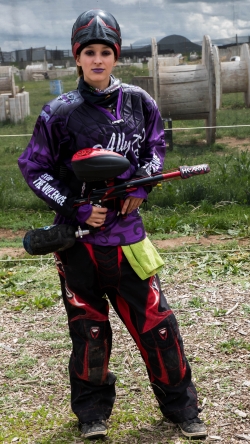 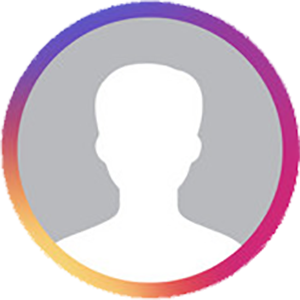 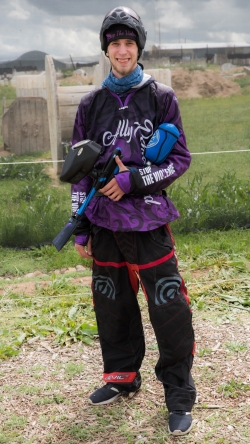 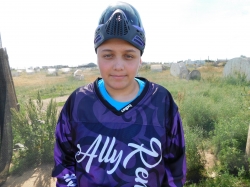 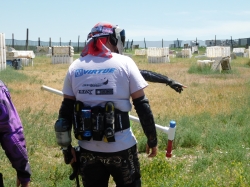 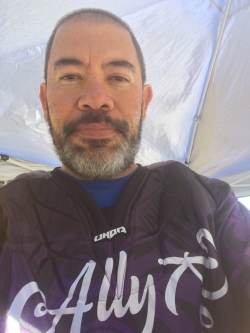 My back ground is rc racing I met Andy back in 2007 we became good friends.
He told told me about his past of paintball life .
So this year I went out with him to l play and I had the most fun I have ever had when he put the team together I had to join and now with this new Ally Remember foundation I have a new drive to help his cause and to help anyone I can .
This has given me new life again to be part of this team . 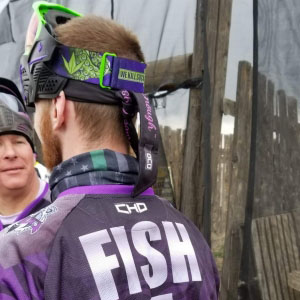 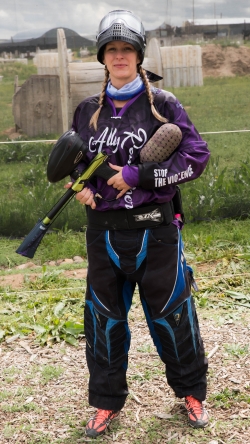 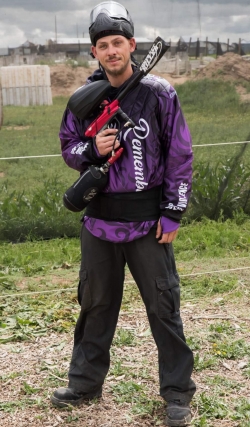 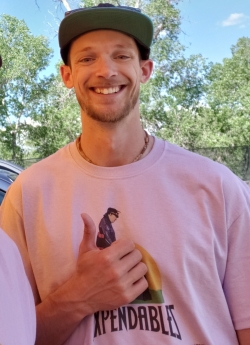 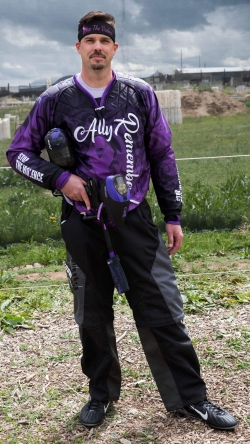 Years ago, my great friend Thom pulled me into playing paintball for his team the Mile High Outlaws and I was hooked. As life changed and became more hectic I found myself playing less and less. Then for years I didn’t play at all. As you may have read in some of the other team member’s profiles, we lost some friends and family. During this time I went through my own struggles undergoing shoulder surgeries over and over again from 2015 to 2019.

When I heard the guys were starting a new team with a new mission of helping others that had gone through tough times, I was in! For me paintball was a way of letting go of all the garbage of normal life. It creates a way to go out and meat new friends that may just turn in to new family. 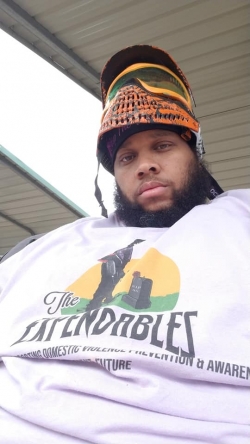 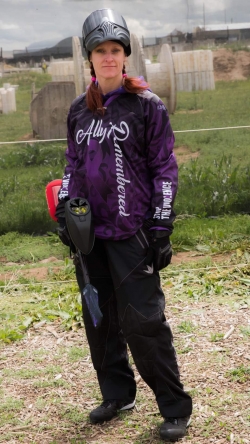 Let me start off by saying that although my husband had been playing for years, the only shots I personally took on the paintball field before the creation of this team in 2019 were done with a camera in my hand, and I tried to stay as far away from the line of fire as possible.

In 2010 I was diagnosed with some health issues and because of that I have been trying to push myself to come out of my safety bubble and try new things, you only live once right? Carpe Diem!!!

Now I really enjoy playing paintball with a marker in my hand instead of a camera. Granted I am still in the learning process, but I also love to see all the other ladies come out on the field and play! 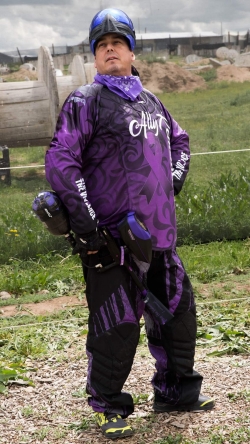 My story begins in 2003 when I picked up my first paintball marker and started playing. By 2004 I started my own tournament team. Later that year I became part of the NPPL reffing crew traveling all over the United States for the next 4 years. After the devastating loss of a couple of players the team disbanded. Fast forwarded to 2017 when Andy and I reunited on the field for a little recreational play to take our minds off the loss of his daughter The Expendables was born.